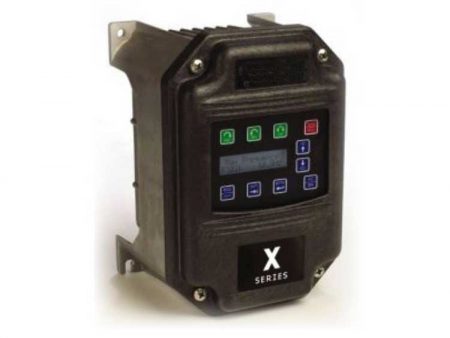 The X4 Series is a rugged family of variable speed AC drives, built and designed for harsh industrial environments. They come with IP66/ UL Type 4X and IP55/UL Type 3R enclosures for the ultimate protection from potential hazards such as moisture, dust or extreme temperatures. Each drive features a built-in braking resistor that not only allows the X4 to handle higher inertial loads out of the box, but allow it to warm itself even in the coldest conditions.